Sumter, SC (01/26/2021) — There's a new honorary member on the USC Sumter Esports team. His name is Donald Smith and he is five years old. Donald joined the team through the Adopt-A-Child Program, which is part of the Friends of Jaclyn Foundation (FOJ). The FOJ seeks to raise awareness and improve the quality of life for children battling pediatric brain tumors and other childhood cancers.

The Adopt-A-Child Program pairs children with a high school or college sports team as an honorary team member. The team provides love, support and friendship throughout the relationship.

"We had never had a child request to be matched with an Esports team, but we were pleasantly surprised that USC Sumter has a strong program near where Donald is living," said Erin Stimson, Executive Director, Friends of Jaclyn Foundation.

Donald's father, Josh Smith, is Security Forces in the Air Force. His family was originally stationed in Germany when Donald was diagnosed with Acute Lymphoblastic Leukemia. Shortly after diagnosis the family chose to return to the United States for treatment. The Smiths are currently stationed in Charleston, South Carolina which is about two hours from the USC Sumter campus.

"We are so thankful for this organization matching Don up with what he refers to as 'his gamers'. He's thrilled to have friends with a common love for gaming," said Molly Smith, Donald's mother.

When a child is adopted by a team, typically a face-to-face introduction takes place, but due to COVID-19, Donald's first meeting with the USC Sumter Esports team occurred during an online meeting.

"Since COVID has hit we have really started to make these connections more virtual, and that's been great because a lot of these children are isolated and normally in quarantine, so it's been nice for them to have this ability to connect," added Stimson.

As a new member of the team, Donald will receive an official team jersey with his gamer handle "DJ Don" along with various other USC Sumter Fire Ant items. Donald will also be able to play video games online with the team.

"Essentially we're looking for a 'team' of big brothers and sisters that will envelope this family and offer them support. That support can come in the way of Zoom calls, texts, Facebook messages or even playing games online together," said Stimson.

"It has been a great opportunity to work with the Friends of Jaclyn Foundation. Our Esports program has always found ways to connect with our community through volunteer opportunities," said Kris Weissman, USC Sumter Esports Head Coach. "Adopting Don seemed like it was meant to be. We are excited to support the family and the foundation and we can't wait to see this relationship grow. Don is now part of the Fire Ant family forever."

For more information on the USC Sumter Esports program, please contact Kris Weissmann 803-938-3763 or weissmak@uscsumter.edu. The Friends of Jaclyn Foundation may be found online at friendsofjaclyn.org. 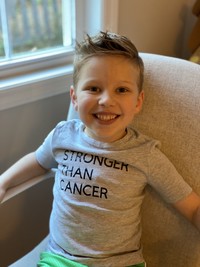 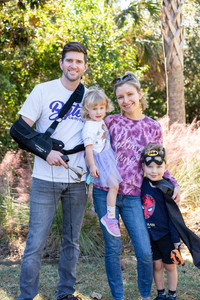 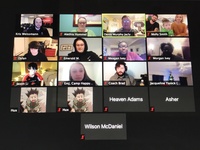