USC Sumter has once again received a generous grant from the French-American Cultural Exchange (FACE) Council to show recent French-language films on campus through the Tournées Festival Film Series.

All films are free and open to the public. Each screening will begin with a short introduction and will be followed by audience discussion.

Below is the schedule for the series, along with brief synopses of the films from face-foundation.org:

February 18: The Workshop (2017)Acclaimed writer-director Laurent Cantet takes an illuminating approach to a variety of key issues haunting contemporary France. Olivia, a successful Parisian novelist, has been hired to spend the summer in La Ciotat, a beautiful but economically battered town on the Mediterranean, teaching a writing workshop for a diverse group of young people whose only common denominator, as is so often the case among twentysomethings in the French provinces, is that they are unemployed. Among them are an emancipated but religious Muslim woman, students proud of their region's strong but declining history of labor movements, recent immigrants, some hedonists focused on the next party, and Antoine, a strikingly intelligent, confrontational young man with affiliations to extreme right-wing groups. Through class discussions and the conflicts that ensue, Cantet presents an unflinching look at the delicate integration of conflicting religious and cultural beliefs in a period plagued by the threat of terrorism. And as Olivia attempts to understand what brought Antoine to embrace a reprehensible ideology, The Workshop builds into a breathtaking thriller that deftly avoids formulaic answers to provide startling insight into a situation that applies far beyond France.

February 25: A Violent Life (2017)With his second feature as a writer-director, renowned Corsican actor Thierry de Peretti delivers a revealing look at the political and criminal turmoil that have long plagued his native island, at times rivalling Francis Ford Coppola's The Godfather in terms of emotional richness and narrative complexity. Set in the 1990s, a period when Corsica hovered on the edge of civil war, A Violent Life follows Stéphane, a Corsican student who gets sucked into radical nationalist circles and eventually goes underground to join the armed struggle. De Peretti's great achievement is the empathy with which he treats the young man's misguided but in some ways justified actions: while the out- come of his decisions is unarguably tragic, the film provides a genuine understanding of the conditions that push young people to take up arms. And while what makes A Violent Life so powerful is clearly the director's knowledge of a specific socio-political context, its insights about nationalism and insurrection are applicable to many situationsthroughout history and in the present day. As such, it is essential viewing.

March 4: The Big Bad Fox and Other Tales (2017)Adapted from an acclaimed series of comic books written and illustrated by co-director Benjamin Renner, The Big Bad Fox and Other Tales is a delightful animated film, charmingly old-fashioned in itsgraphics but sly and witty in its contents. Consisting of three stories featuring a recurring cast of hapless farm animals, the film is presented as a theatrical revue, with the "big bad" fox (who is in fact anythingbut) appearing on a stage before each segment to introduce the action. The first story features the adventures of a rabbit, a pig, and a duck who take over for the stork when she gets sick and try to bring a human baby to its parents. This is followed by the story of the fearful fox who is so bad at being a predator that he winds up protecting three chickadees from a wolf. The final story finds the rabbit and the duck attempting to deliver presents on Christmas Eve after they destroy a plastic Santa Claus and become convinced they've killed the real one. Combining an infectious warmth and a surprising slapstick sensibility, The Big Bad Fox is a treat for the whole family.

March 18: Ismael's Ghosts (2017)Arnaud Desplechin reunites with his faithful collaborator, the inimitable actor Mathieu Amalric, to offer another structurally daring, emotionally intense, and hugely enjoyable portrait of a brilliant dandy on the verge of madness. This time Amalric plays Ismael Vuillard, an accomplished filmmaker who has lived for twenty years in the shadow of the disappearance of his young wife Carlotta. One day, while Ismael is working in his seaside house, his girlfriend Sylvie is approached by a beautiful woman on the beach: she announces that she is Carlotta and that she has returned to reclaim her husband. Ismael's life soon begins to fall apart. Desplechin contrasts this psychological drama with scenes from the film Ismael is in the process of writing, an espionage thriller set in Tajikistan and the Czech Republic and based on the life of his own brother Ivan. The result is a dizzying self-portrait of the filmmaker, a meditation on the creative process, laced with references to cinema and literature, but primarily an infectiously energetic entertainment. Contrary to what its title may suggest, Ismael's Ghosts is a film resolutely engaged with the present, featuring vivid performance by some of French cinema's greatest stars.

March 25: The Crime of Monsieur Lange (1936)One of the liveliest films from French cinema's abiding master, The Crime of Monsieur Lange starts with a couple arriving at an inn on the French border with instructions to escape to Belgium the next morning. The innkeeper and his clients soon identify the man as the wanted murderer Monsieur Lange; while he sleeps peacefully, his companion Valentine throws herself upon their mercy by telling the story of his relationship with their employer Batala, a crooked publisher who abused his employees and creditors. In a single long flashback, we learn of Batala's mysterious disappearance and witness his publishing company turn into a thriving cooperative in which every worker has a say. For a time, a small utopia takes root around the Paris courtyard where the printing presses run and Lange and Valentine fall in love. Until Batala reappears… The Crime of Monsieur Lange is Renoir's inspiring political manifesto, a film dedicated to egalitarianism both in its narrative and its way of taking an affectionate, lingering interest in a wide variety of characters. It is also a timely look at relations between men and women, blunt in its outrage over workplace abuses and sophisticated in its representation of women's desire.

April 1: Let the Sunshine In (2017)Claire Denis, among the best loved and most influential French filmmakers of the last thirty years, teams with Christine Angot, one of the leading French novelists and public intellectuals of our era, to tell thestory of Isabelle, a fifty-something Parisian artist played by the great Juliette Binoche. Through the elliptical tale of Isabelle's successive relationships with a variety of egotistical if not downright oafish men, Denis pulls off a surprising balancing act between the melancholy truths of ageism, sexism and class relations in contemporary France and a light, occasionally fanciful comic touch (Gérard Depardieu's appearance as a psychic is one for the history books). Driven by Juliette Binoche's masterful performance, Let the Sunshine In takes the perspective of a woman in late middle age to give a timely report on the battle of the sexes, hinting at the more general malaise hanging over French society today. Yet as always in a Claire Denis film, there comes a point when the angst gives way to a breathtaking dance scene: in this case, it is set to an Etta James song, and it is cinema in its purest, most sensual state.

The Tournées Film Festival is made possible with the support of the Cultural Services of the French Embassy in the U.S., the Centre National du Cinéma et de l'Image Animée (CNC), the French American Cultural Fund, Florence Gould Foundation and Highbrow Entertainment. 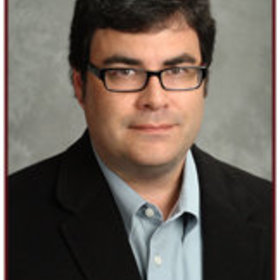